The Gent Town Hall is one of the most breathtaking buildings in Gent Belgium (Ghent).

A portion of the building features an ornate Gothic design while another portion (on Botermarkt Square) was built in a Renaissance style. 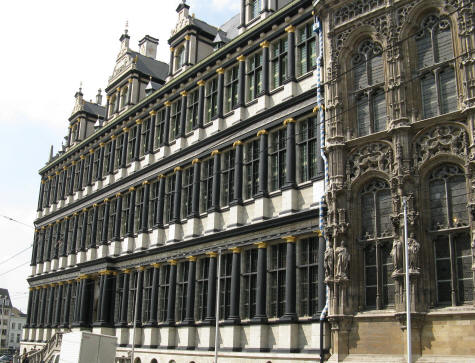 The Town Hall in Gent is called the Ghent Stadhuis is Flemish and Hotel de Ville in French.

The building can be found near the Belfry Tower in the historical centre of Gent Belgium.