The Graslei District of Gent Belgium (Ghent) is located on the east bank of the Leie River in the historical centre of the city (Historisch Centrum).

When Gent was Europe's second largest city, the Graslei District was the hub of its booming economy. 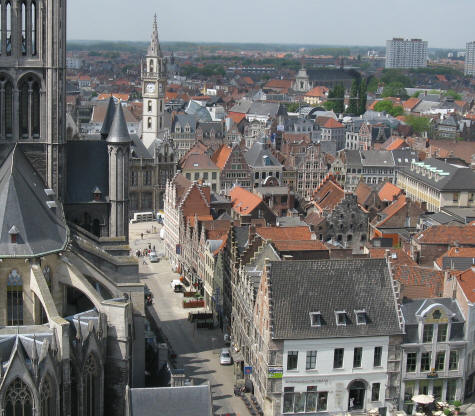 The Old Fish Market is one of several buildings to be found in Graslei.