The central train station in Gent Belgium is called Gent-Sint-Pieters station.  It is the arrival point for many tourists from Bruges, Brussels, Brussels Airport, Lille, Antwerp and Ostende (ferry terminal).

Because the station is quite far from the city centre, it is advisable to catch a bus into the historical centre of the city. 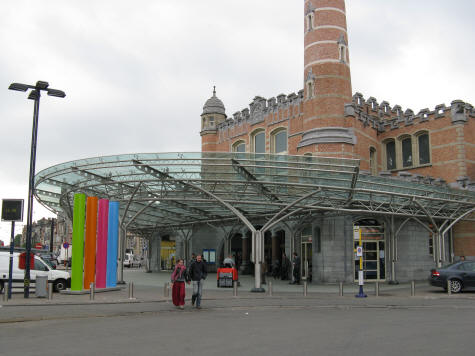 There are four other train stations in the municipality of Ghent: